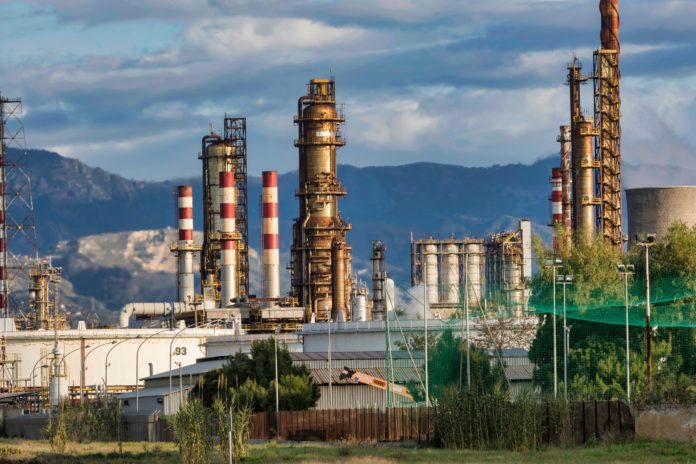 TCO, or Total Cost of Ownership, is a common “buzz word” in today’s industry and an important subject. Many of the larger steel mills, petroleum refineries, and chemical processing plants are using this as a measuring stick of a vendor’s overall performance. So, what is TCO? In a nut shell, it is a financial estimate intended to help buyers and owners determine the direct and indirect costs of a product or system. This may encompass installation cost, product life span, safety concerns, and any number of other factors specific to that plant. For this exercise we will discuss one application — steam hose.

Steam hose can be one of the most overlooked components in a plant’s process today and the costs associated with it can be staggering. These costs can be measured in three areas: safety, environmental cost, and bottom line dollar spend.

In today’s marketplace, most steam hose assemblies are made of EPDM and use a two-bolt clamp style fitting attachment. Proper procedure dictates that each hose needs to be inspected and have the clamps tightened before each use. However, these procedures are often overlooked, and this is where issues arise. An improperly torqued steam hose is prone to leaking and premature failure. In the past few years however, a new solution has been penetrating the market in the form of crimped steam hose. These hoses are made with a permanent crimped ferule with a bite to wire feature to make sure that the fittings are properly attached and grounded. It is a newer technology, but one that can offer significant TCO savings.

From a safety standpoint, anyone that has worked in a processing plant is familiar with the “fog” in the winter months. This steam condensate in the air is usually caused by leaks within the steam system used in the plant. The steam hose connections are often one of the worst offenders. A leaky hose releases large amounts of steam into the air which then condenses on the walkways and access areas around the leak. This of course freezes and creates a slip trip and fall hazard. Where safety is the number one concern in a plant, it is important to look at ways to mitigate these risks; crimped steam hose is the answer.

Now let’s get into the tangible cost savings. While hard to quantify a cost of accident avoidance, you can definitely look at hard numbers in energy cost. As an example, it costs somewhere in the range of ten dollars to produce one ton of steam in a plant. As a result, the cost of one leaky hose is about $40/day or $280/week per hose. That is an annual cost of roughly $6000 per leaking hose, accounting for a five-month steam hose season. Say you have 200 leaking hoses out of 1000 (20%) — you could be losing $1.2 million dollars per year from the end of your hose. That’s a pretty large number and one that should be addressed.

Another area that we can look at is product life span and planned obsolescence. Today, it is commonplace for many plants to discard their steam hoses every 1–2 years and buy new assemblies. As mentioned previously, a typical steam hose is made of an EPDM tube and pin-pricked EPDM cover. EPDM is prone to “popcorning”, a process by which the steam passes through the tube and is trapped under the cover causing a bulge and eventual failure. The pin-pricked cover works to alleviate some of this, but it is not perfect. These hoses typically have a life span of 1–2 years in service, accounting for a five-month steam hose season.

In recent years, a new compound has been developed for steam hose called chlorobutyl. It is a non-porous material which prevents the steam from escaping through the tube, thus avoiding “popcorning” of the cover and premature failure. This hose costs on average 50% more than an EPDM but the long-term savings are significant when we consider that the average life span of a chlorobutyl steam hose is 5–7 years.

Let’s look at the numbers here. Take, for example, a plant that has 1000 EPDM steam hoses in service. Each of these hoses cost a couple hundred dollars (as an example). Typically, the plant is replacing these hoses every two years, which is about 500 hoses a year at an annual cost of $100,000. By switching to a chlorobutyl hose and implementing a testing and recertification process, the up-front costs would be higher, but the savings over 10 years are significant. In year one and two of implementation, you would be switching out 500 hoses each year to chlorobutyl at a cost of $200,000 per year — however, in year three those numbers plummet to 100 hoses. In each subsequent year you will be replacing hoses at a rate of 10% or 100 hoses per year at a cost of $40,000. When compared over ten years, your cost to replace EPDM hoses would be $1,000,000. Compare that to the $720,000 replacement cost of chlorobutyl and you have realized a savings of roughly $280,000.

By making a small change — switching from traditional bolt style EPDM steam hose to crimped chlorobutyl steam hose and implementing a testing and recertification program — you have saved approximately $12.28 million over a ten-year span as well as increased plant safety. This shows the importance of having a good hose program in place with a reputable distributor that can help you to identify these opportunities and implement programs to address them.

A Sea Change in the Hose and Coupling Market